The other day I wondered how a journalist could write “seperate” ind stead of “separate”, and of course the answer is that unstressed ‘a’ always loses its vowel quality, maybe not all, but just a little of it.

This reminds me of a dictionary in which I saw that e.g. weakened ‘a’ could be indicated like this: {ɘa} or ɘ with a small superscript ‘a’.

In the same way small superscript ‘o’ and ‘u’ were indicated in words with weak syllables w.those two.

Can anyone help what dictionaries differentiate between the ɘ for weak a, o and u?

Sometimes I wonder why Danes are so defensive about
their pronunciation.

For instance: The word hæg (hedge-tree) should rhyme with æg
(egg) and obviously are related to hæk (hedge) and other
words meaning division or borderline, so it is natural to
pronounce it like hegg and also write it like that as they do
in Norway. And Norway speaks and writes, as one should know,
Danish, well it branched off in approx. 1900, but still,
Danish. In my opinion they speak a better Danish. 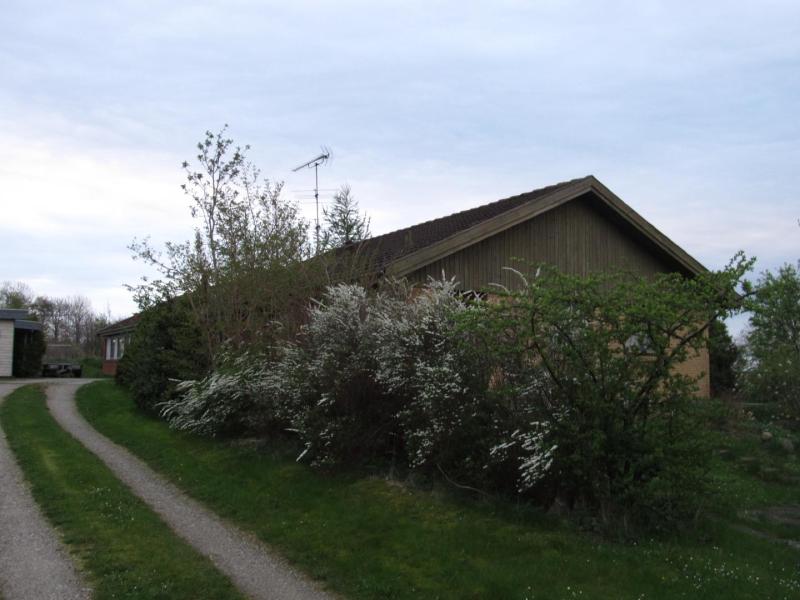 Hedge in front of house

There was a researcher who said that in 2004 he expected Danish speech understanding and synthesization would be useable in 7 years or so. However, now, 7 years later, he has recognized that the goal is far beyond that. In 20 years he hopes we will know more about how to “understand” speech, but he does not expect a useful, perfect technique to be available at that time.

Because Danish has so many vowels – and many consonants are not pronounced as vowels.

One example he gave was

seemingly having 6 consonants, but apart from the first none of them are pronounced in Danish everyday speech. Even the first ‘R’ may sometimes become kind of vowel – or it may be absent in slurry speech!

He mentioned that Hungary has 45 vowels or so. We are not counting semantic phonemes here, just the sounds which people make and which are recognizable as being of this or that sociolect.

I do not remember how many vowels he said that Danish has, (I have downloaded the radio-programme and will return with info) but I think it was around 25 vowels. I myself have several times tried to count variations of ‘a’ in Danish words and once reached a count of 13 variations, however, that was including some strange words.

Here is a list of Danish words with different shades of ‘a’:

bære
bæger
bager
the above are a horrendous example of homonymes in young speakers, however older and/or academic speakers can actually differentiate between them
havde (flade, made, vade, skade)
flad (sad)
fladt (mat, kat, sat, vat)
mad
var
vare

Well about 9 variations, not so bad if one wants to set a multitude-variation record!

At the library there are books and cartoons – and Danes can read and write, most of them 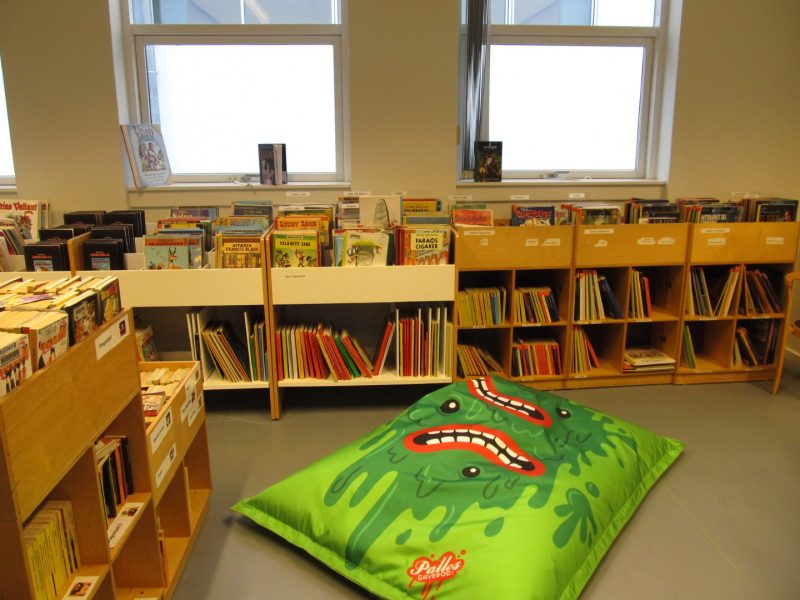 At the library there are books and cartoons – and Danes can read and write, most of them

The kid could not understand the book.

The kid (had not seen the book but) wouldn’t have understood.

Pronunciation of this Danish sentence, which is actually quite frequent, will in worst case be something like this:

However, from a grammatical point of view this is a pity because it signifies lack of meaning. The sentence becomes a “sound picture” and not a dynamic construction.

The difference is that the ability to construct new sentences – hypothetical, conjunctive and so on, is lost. When reading a message full of errors one gets tired and somehow lose track of the meaning.